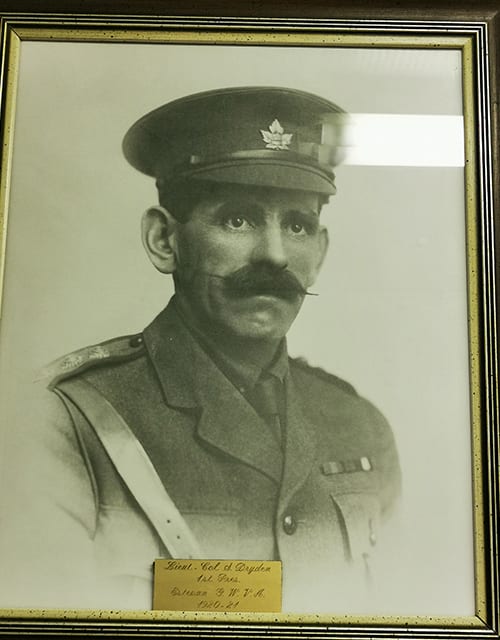 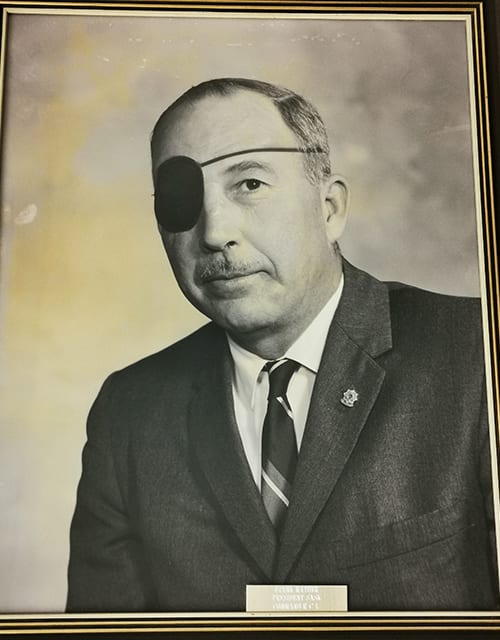 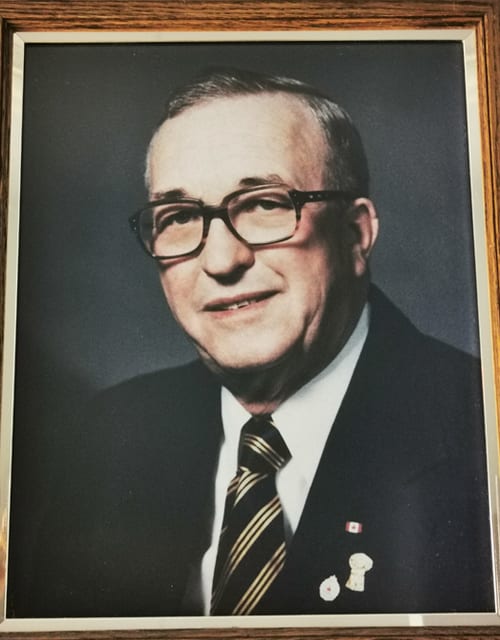 The main purpose of the organization was to obtain a better deal for veterans.

In 1926 a Unity Conference was held in Winnipeg and the Canadian Legion of the British Empire Service League was formed. The Estevan Branch G.W.V.A became Branch #60, Sask. Command, Canadian Legion.

For a umber of years, meetings were held in a small building on 12th avenue. Later the building was purchased and moved to the site of the present Legion.

During the depression of the 1930’s, the Legion had a great difficulty surviving. Many veterans were unemployed. Most of those who had purchased land under the Soldier Settlement Act lost their farms and no money was available to pay dues.

A number of dedicated members continued to meet, at least on Remembrance Day, and keep a nucleus of the organization.

On November 1, 1926 the present Cenotaph was unveiled as a memorial to seventy-two men of the Estevan District who laid down their lives for the country in World War 1.

The Legion during these years carried a number of fundraising activities including a Crown and Anchor booth at the fair, a Military Ball in the old Town Hall, and an annual mass picnic and Sports Day at the river.

so during the Second War, the legion Branch collected money in a patriotic fund and parcels and cigarettes were sent regularly to the men and women serving overseas.

In 1940 the Branch purchased the first of its present buildings, now known as the Small Hall. The members joined together in work parties to finish the interior with plastering, laying a hardwood floor, and painting and furnishing.

When the 2nd war ended, the Legion had a great influx of new and younger members. A great need was felt in Estevan for a community Hall. Mayor H. Nicholson and the town council of the day asked the Legion to raise money, build a suitable building and take care of the Town’s needs for social activities and catering.

During the years from 1949 to 2010 the Legion Ladies Auxiliary  catered to socials, weddings, conventions and other events on a regular basis. Their contribution to the legion and to the community  amounted to far in excess of $100,000. The Legion Branch, donate well over $50,000.00  each year to Veteran Services, bursaries, sports, air and army cadets, and all worthwhile appeals for funds in Estevan.

Our Mission is to serve Veterans, including serving military and RCMP members and their families, to promote Remembrance, and to serve our communities and our country.


Our vision is to be the most highly respected Veteran and Community Service organization.
i

We behave ethically and in a manner which inspires trust, mutual understanding and confidence.


We are supportive, inclusive, courteous and fair to all, honoring the dignity and worth of every person.


We are steadfast in our patriotic allegiance to the Sovereign, to our Country, to The Royal Canadian Legion and to our Comrades.


We cooperate and work together selflessly, in Comradeship, to achieve our shared Mission.

The Royal Canadian Legion Branch 60, is committed to serving veterans and our community as best as we can.

Stop by and catch up with friends in a relaxed and welcoming environment. Serving only local brews from Canadian distilleries.

Send Us A Message